The following post is an excerpt from God Dreams: 12 Vision Templates or Finding and Focusing your Church's Future.

Your church’s vision is to develop more leaders so as to take the church to where God wants you to go. You might state it as, “We will raise up and release leaders to accomplish whatever God calls them to do.”

The day started at the “yellow box,” the term for Community Christian Church’s largest campus in Naperville, Illinois. I was grateful for another opportunity to learn from founding pastors Dave and Jon Ferguson and their team. From the onset as Dave shared the story of the church, it was clear that two things were important: reaching the city of Chicago and reproducing leaders. One of the first drawings Dave made was a general map of the city broken down into quadrants reflecting their desire to multiply and not just have one campus. You could see both values at play in the drawing. At the break I asked him what the bigger idea in his heart was: reaching the city or releasing leaders. (As you read through these templates, I want to encourage you to wrestle with this question. It’s easy to like many of the templates, so keep forcing yourself to consider the most important one for your church.)

I remember watching Dave process my question. I had a hunch that reproducing leaders was the bigger idea. And indeed it was. Not only does Community Christian strive to develop leaders by multiplying at every level, but they have started a church-planting network called NewThing, a relational network designed to be a catalyst for movements of reproducing churches. If you listen to their introduction video, you will hear the word reproduce more than any other word (Newthing.org/about).

The heartbeat to model “we’re always multiplying” is captured in their book titled Exponential: How You and Your Friends Can Start a Missional Church Movement. Churches like this are comfortable with a lot of expressions of what those leaders do—some lead small groups, others start new campuses of this multisite church, others start entirely new churches through their NewThing network. Hybrid models are also welcome; what matters most is that leadership bubbles up and goes anywhere. As Bill Easum comments in Effective Staffing for Vital Churches, “The only way they can achieve such multiplication is because they have a culture of developing leaders. They develop leaders whether or not they need them because they want to see people grow in their faith, not because they want people to run their programs.”

Exodus 18 is one of the quintessential leadership texts in the Bible. Before Israel could accomplish anything of significance after the exodus, it needed a full-scale leadership pipeline. Moses, with the prompting of his father-in-law, Jethro, was awakened to a massive leadership deficit and got to work to deploy leaders of tens, fifties, hundreds, and thousands, in the mobile community of over one million people. In the end God provided one leader for every eight Israelites. The problem was not a lack of leadership supply, for God had provided the leaders; it was the missing vision and strategy to discover and develop them.

Jesus’ entire ministry was built around His training of the twelve apostles and of many other leaders as well, such as the women that traveled with the apostles and of the seventy. One poignant passage is Mark 3:14–15 where He called the twelve “that they might be with him,” learning from His modeling, mentoring, and presence, and also that they might “have authority” as He trained them through empowering them. Jesus spent disproportionately greater time with three among the twelve—Peter, James, and John. These were not His favorites but a functional leadership core that received additional modeling and shared experiences with Jesus. Paul describes Peter, James, and John in Galatians 2:9 as those who are “reputed to be pillars” (NASB) in the church. Additionally we see the twelve multiplying sixfold in Luke 10:1 when the young movement multiplies.

The image above shows wavy lines going out and increasing in size and number. These symbolize the multiplication of leaders rather than merely the addition of leaders. In this image picture a movement of people ever expanding, moving from left to right, or what my friend Alan Hirsch calls “the sneeze” of movement. (Imagine the wet particles of a sneeze spreading rapidly through the air at the moment of achoo.) Leadership multiplication is also pictured by boot-camp ideas of military training and the language of rounds and residencies of medical training. Other ideas include:

Another image that depicts leadership multiplication is the mathematics of expanding exponentially, for example when a group of leaders keeps multiplying by two: 1, 2, 4, 8, 16, 32, 64, 128, 256, 512, etc. A church that doubled its leadership every year starting with one leader would have more than thirty million leaders in twenty-five years. An image like that could show the beginning of a network of multiplication, moving from a few to a potentially unlimited outcome.

Still other images that convey this idea are healthy antibodies spreading, a viral video, an image of an acorn with a forest inside, or kudzu vines that take over a field or mountain.

The Protestant Reformation, with its emphasis on faith alone and Scripture alone, laid the foundation for the liberation of the laity to exercise new levels of leadership.

Teachings on the priesthood of the believer (see 1 Pet. 2:5, 8) and on equipping the saints to do the work of ministry (see Eph. 4:11–12) are at the heart of recent movements about body life, spiritual gifts, and lay mobilization.

In 1951, a student at Fuller Theological Seminary named Bill Bright received a unique impression from God, while studying Greek, to invest his life to help reach the entire world starting with college students. Within the first year 250 students would receive Christ through the ministry, and six staff would join. For the next six decades, what’s known today as Cru would grow to be one of the largest Christian ministries in the world with more than twenty-seven thousand staff and 225,000 volunteers in 190 countries.

How did this ministry expand so rapidly over the decades? Cru is known for its world revolutionary leadership training in evangelism and discipleship. While I was never on staff, my role in student leadership in the late 1980s changed my life. I can still remember the tools and training I received, and I can still recite the Four Spiritual Laws by memory! Bill Bright could have never created that impact without the core conviction that one person could change the world through the power of multiplication. And while I never personally met Bill, he, indirectly through leadership multiplication, passed that belief on to me.

In recent meetings with the leaders of Kensington Community Church in Troy, Michigan, I’ve been blown away by their commitment to multiply leaders. Kensington has been noted as one of America’s top twenty-five multiplying churches (Outreach Magazine). Steve Andrews, Dave Wilson, and Mark Nelson are cofounders of the church and display a rare blend of apostolic, evangelistic, and prophetic functions (respectively) that keep their scorecard focused on mobilizing the next person and group. Whether it’s a new church, campus (local or translocal), or ministry, the biggest idea of the church is mobilization. They have planted scores of churches (giving an impressive portion of their budget toward multiplication) while growing their own attendance to fifteen thousand in worship across seven campuses and spinning off countless ministries like Portable Church Industries.

Another church noted for multiplication is Larry Walkemeyer, pastor of Light & Life Christian Fellowship in Long Beach, California. Light & Life is highlighted in Todd Wilson’s book on multiplication entitled Spark. Larry recounts his “conversion” from a mind-set of addition growth to multiplication growth: “The vision was to stop becoming a lake church and instead become a river church. In a lake church, people flow in and stay. It seeks to get more and more people around one pastor in one place. In a river church, the people flow in but keep moving downstream. God takes them to other places to minister. The measurement becomes about ‘flow rate’ instead of ‘volumes contained’; about ‘gallons per minute’ instead of ‘gallons retained.’”

Would you like to fall in love with ministry again?

I want you and your ministry to experience the benefits of stunning, God-given clarity. As a pastor turned vision coach, I’ve worked with an unprecedented variety of churches from growing mega-churches and missional communities, to mainline revitalization and church plants. I started several interconnected organizations that help the church embody the movement that Jesus founded. My visionary planning tools, the Vision Frame and the Horizon Storyline, are used by thousands of churches every year through my calling to raise up other consultants and trainers. In 2004 I started Auxano, which I sold to LifeWay. In 2014, I founded Younique to deliver gospel-centered life design through the church. It is now the world's only comprehensive, open source, life planning system. In 2019, I founded Denominee to help networks and denominations reinvent how they bring value to the church. I've written seven books, including Future Church, Younique, Clarity Spiral, God Dreams, Innovating Discipleship, and Church Unique. I enjoy speaking about how to live a life of more meaningful progress. I live in Houston with my wife, Romy, and I have four children.

I currently work with a small group of churches and leaders. If you are interested in life planning or executive coaching individually or taking your church through a Vision Framing engagement based on Future Church, just reach out to set up a conversation. 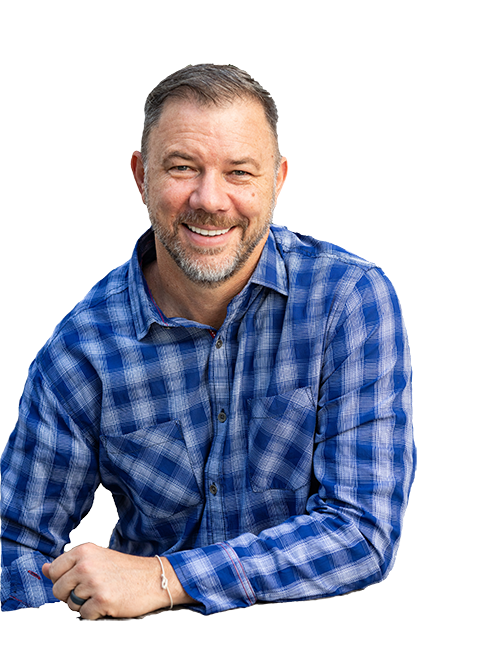