Church Unique Snapshot: The Inside Reveal on Willow Creek Community Church's Return to the 5Gs. 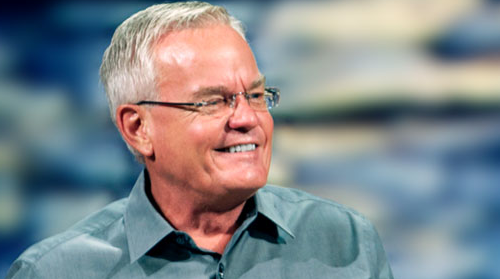 During the booming days of Willow Creek's influence, the church hosted conferences for thousands of church leaders across the country, teaching and spreading their model of ministry. The hallmark of these events was an inspiring and contagious use of crystal clear language and rich imagery that planted the Willow's Vision Frame in the hearts and minds of church leaders.

VALUES- There were ten values that are still intact today, the most memorable (and photocopied) including

STRATEGY- Willow taught a 7-step linear strategy for years, which became de-emphasized around the year 2000

MISSION MEASURES- The definition of "full devotion" was based on 5 G-terms that were deeply integrated into the life of the church. During the late 90s there were entire sub-ministry conferences including Small Groups and Children (Promiseland) that produced tons of curriculum utilizing the 5G's

Many churches also copied or modified these G-terms for use in their ministry. For example, Clear Creek Community Church in Houston utilizes a revised 7G list and Grace Point in San Antonio has 5Gs they have modified.

At some point Willow stopped talking about the 5Gs even though they continued selling 5G based products all over the world. The loss of clarity at Willow is a complex subject. I have had the privilege of talking to many people through the journey. This list summarizes a few reasons that surfaced over the last decade. Note: I appreciate the humility of many of these leaders who have testified to these learnings in public at different times and places.

Three months ago, the senior team at Willow decided to bring back the 5Gs. When I asked Greg Hawkins why, he summarized his answer by saying,

"People need some kind of 'handles' to define full devotion. We had this language for years and then just stopped using it. We realized we didn't have to reinvent the words, so we decided to bring them back."

I was totally surprised to hear the news. Evidently much of the work represented by Reveal, and specifically the four stages of the "spiritual continuum" (Exploring Christ, Growing in Christ, Close to Christ and Christ-centered), did not create new language for guiding ministry and shaping culture.

Please don't mistake the critique in this post for a lack of appreciation for the role of the seeker model. Also, I am personally grateful to Bill Hybels for his giant kingdom contribution and thought leadership on leadership.  Thousands of us are better leaders, whether we drive seeker models or not, because of Willow's influence.