Home / Blog / What To Do with a Bad Ministry Name

What To Do with a Bad Ministry Name

We are exploring the fifth reason of 5 Strategic Reasons to Change Your Church’s Name:

#5 When an original name works against building awareness

Okay, that's a nice way of saying that sometimes a name is just bad. I don't mean a bad reputation, but a name that doesn't mean anything. It may be too long, too generic, or too specific. It may sound funny, or just may never stick in a person's mind. It may sound too close to another name that has much more awareness (and therefore, live in a shadow foerever).

Just for fun, here are three of my favorite bad names that I have run across.

The first is a classic example of too long, in this case six words. If you chuckled at this name look at the back of the van.

Have you ever wondered whether to take "Baptist" out of your name? Why not put it in there twice!

How about a name that contradicts itself? I would have liked to have been in room the night the committee chose this name.

So what do you when you wake up one day and realize that your ministry’s name is not helping the ministry? You change it!

Years ago, I met a pastor outside of Portland who leads what used to be called the Christian Life Center. Over time, he realized that the name was too generic.  In addition it gained very little awareness in the community. 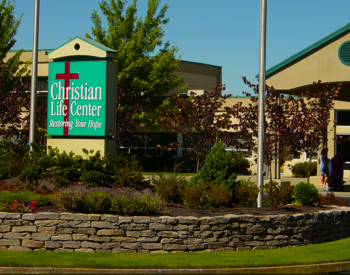 After walking the Vision Pathway with his team, they were ready to communicate a new vision and build a new brand with people inside and out side the church. 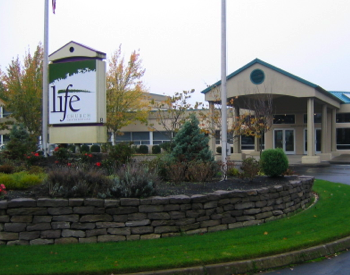 We tested names through primary research in the community offering variations that built from the Christian Life Center but connected to their vision. As a part of the process I identified over 200 churches in the Portland area and studied their names. Less than 10 had a name of two words. This was significant and led to the intentional development of test names that were short and sweet- the less syllables the better.

Of multiple options, “Life Church” was most favored by unchurched people in the area. (This name change was done in 2003 before Life Church in Oklahoma City had national awareness.) The Life Church logo shown on the sign was designed by Auxano's creative director, James Bethany.